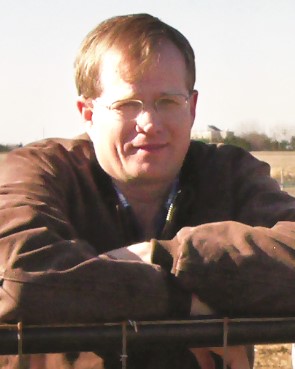 As I sit down to pen this column, I’m sitting in an uncomfortable airport because of a weather cancellation of my flight.  So, I am a little more challenged than usual today.  Before I start, I’d like to send our collective thank you to the Nevada Section for the meeting they are and will continue to plan and execute on our behalf in Sparks at the end of January.  The Nevada Section always does a top notch job and the upcoming Sparks meeting will be no exception.

In the last month we have had a veritable tidal wave of discussion on what SRM is, what its strengths are, and what areas we need to work on.  That discussion comes from a very active Membership Committee, and is augmented by the Diversity Task Force, the Young Professionals Conclave, and the Advisory Council, to name a few.  I have always followed the dictum that your greatest strength is also likely your greatest weakness.  Those of us who are good at details often get caught up in those details, sometimes to the point of not seeing the bigger picture, and those of us who are good a global visualization, often get caught when details need to be addressed.

There is no doubt in my mind that one of SRM’s greatest strengths is our adherence to science, and the strength of position in managing rangelands that comes from good science.  A few short decades ago that science was pointed more towards the production side of range management, and that same science was of keen interest to those that benefitted from production.  If we fast forward to our current situation, I think many of us would agree that production type science is not the norm in the new information world, and the members of SRM who are most interested in production are the rangeland practitioners and they are not finding that it dominates our SRM psyche like it perhaps once did.  On average our rangeland science of today is more ecological, and even more micro-ecological than it once was, and it is certainly less production oriented.  Our knowledge of production science has of course improved, but in smaller increments than it once did.  The result is, and I freely admit I am in pure speculation mode here, that those who want large and rapid advances on the production side of range management are not finding it in SRM.  Which brings us to a weakness we need to consider.  I believe, and I am again in speculation mode, that those who are looking for the rapid and large advances in the production side of range management are finding what they are looking for, just not in SRM.  I could argue that they are finding it in groups that are less attracted to proven science than SRM.

I am following a bit of a movement in Alberta, and I suspect that same movement is occurring in other places as well.  For lack of a better description, I will call it the intensive management movement.  This is not a new movement and has been debated vigorously in the literature and meetings of SRM for over 3 decades.  I am not going to get into that debate other than to wonder a few things.  I wonder if the current claims of huge improvements in soil health and carbon sequestration (one of the newest things to improve on in rangelands) promoted by a few in the intensive management focus are supported by science.  I wonder if the current science that indicates there are modest and often no improvements to be had through intensive management (and negative changes at high stocking rates) will be modified by new science to come in the future.  And finally, I wonder if some of the problems that we in SRM face in attracting land practitioner focussed members, is in part caused by our adherence to science in the management of rangelands.

So, where is SRM to go in the near and far future?  Our strength is our science focus, and our weakness is our science focus.  I have advised a few students over the years, and my advice is always the same.  Go to your strengths, and work on your weaknesses.  Our challenge is that sound and solid science takes time to generate, and often is incremental rather than revolutionary in change.  Communicating that change is the challenge we need to address if we are to overcome our biggest weakness, and continue to capitalize on our biggest strength.