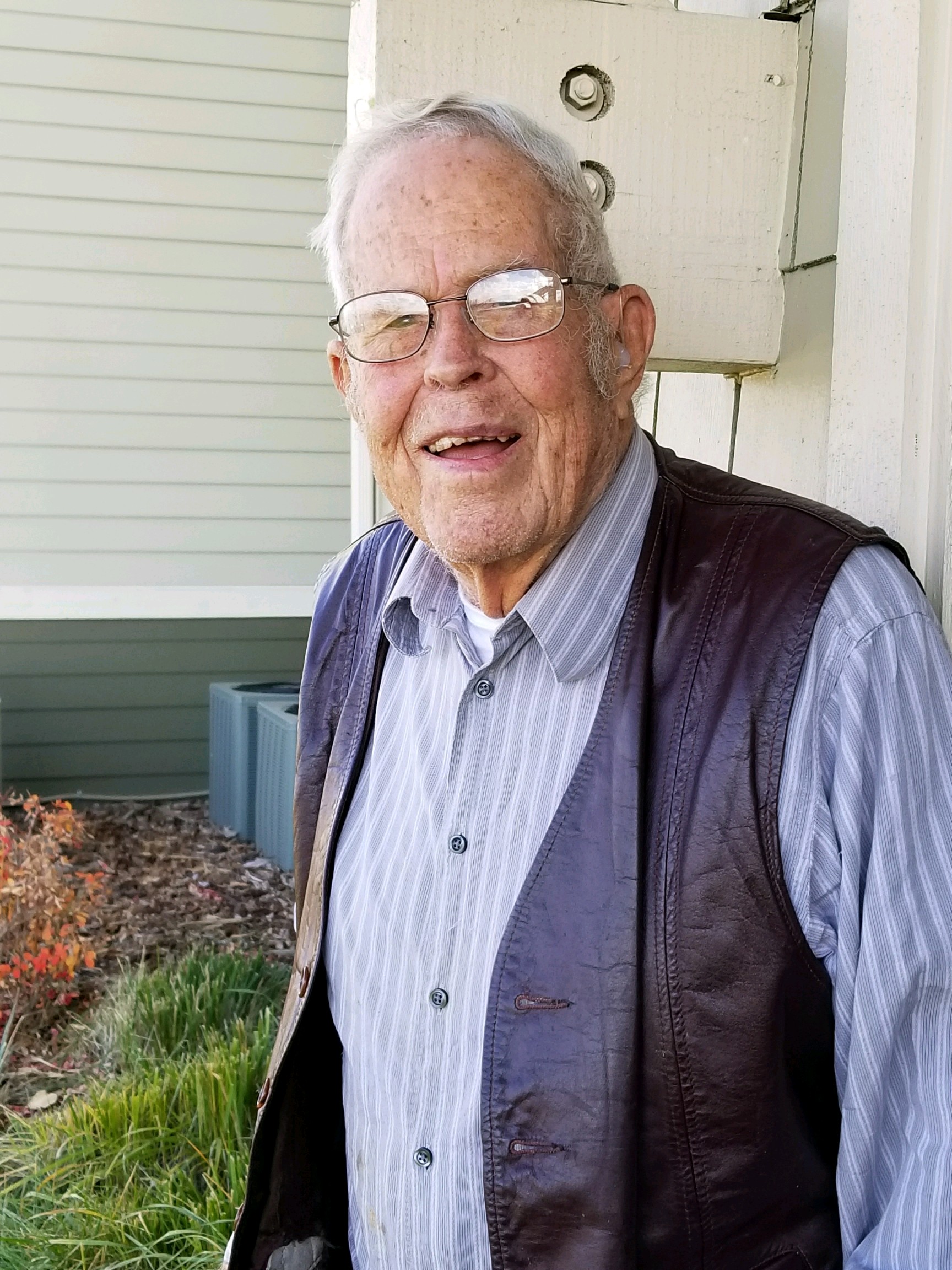 The consummate rangeman who, on a road trip to Alberta at age 90, had a commentary on nearly every ranch and farm we drove past.  The soils, the plants, the landscape, the geology, the owners; he remembered them all!!!!  He would comment, “There was a peculiar stand of bluebunch wheatgrass on this ranch.  I believe it was the first time I observed the possibility of a natural hybrid Crested wheatgrass and Bluebunch wheatgrass stand.”

There were very few places in Montana that Bob had not practiced his craft.  As he put it, “ I was in almost every nook and cranny of Montana’s rangelands,” and that included doing inventory on the Charles M. Russell Refuge in 1972, and Yellowstone National Park in the early 1960’s.  Whether he went via horse and packhorse, or good old Government issue vehicles, he traversed the state.

Teacher, encourager, leader, humble, faithful, loyal and a whiz of a prankster!!!! He never knew a stranger, and always had an SRM membership brochure tucked in his back pocket, “just in case.”  His credo was “everyone should belong to SRM, because all of our lives depend on healthy rangelands.”

Bobs first job was with the Soil Conservation Service (SCS) in Conrad Montana in 1949.  His boss gave him a key to the pickup, a stack of aerial photos, a shovel and a map of the county and told Bob, “ Go out and get acquainted with the area, but if it looks like rain head for a gravel road.  These gumbo soils get mighty sticky when wet.”  And so it began; the journey of a lifetime . . . learning, sharing, teaching.

Time and again Bob used his wonderful skill set of observing, understanding, and communicating with people to “make things happen” on rangelands everywhere.Bob soon realized the best way to accomplish his mission as range manager was to explain to the rancher that he would be happy to share what he knew of soils, plants and climate with them if they would share with him the knowledge of how their ranch worked and what goals they wanted to achieve.  In a nutshell Bob taught us all that, to share ideas and information was good, but to give another person ownership of those ideas and information was the greatest gateway to success. 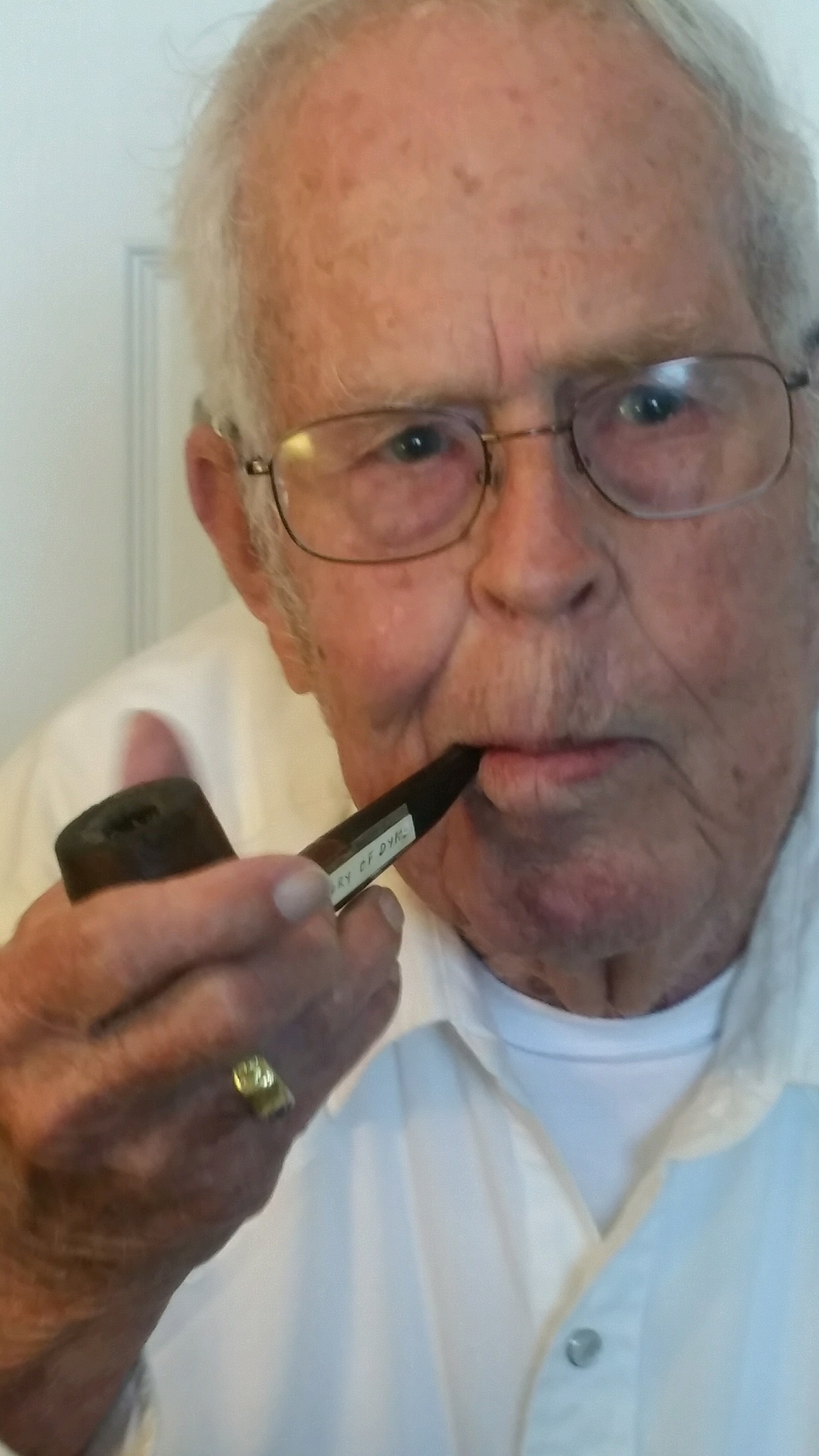 In Bobs own words,  “If there is anything I would like to be remembered for, it is that I was a good and well respected range conservationist, and that I gave thousands and thousands of people the opportunity to chuckle and laugh with our Outhouse books, slide programs and cowboy poetry.

Bob, if it is true that Charlie Russell is in charge of painting Montana sunsets, we KNOW you are right there with him, composing a  few suitable lines of prose.  We’ll keep an eye on the Bluebunch Wheatgrass for you, until we meet again up yonder!

Both photos in this article are of Bob at age 97. This pipe belonged to the famous E. J. Dyksterhuis, a.k.a., “the range man.”  Bob didn’t smoke but deemed Dyk in high regard so would pull out the pipe and “puff” on it on occasion.