Diversity and Inclusion is No Longer a Spectator Sport in SRM

Diversity is an important part of rangeland management.  Whether it’s new forage species for livestock production, habitat diversity to support wildlife or genetic diversity to adapt to climate change, the theme that diversity is the key to adapting and thriving is a common one.  Those principles are important in human relationships as well.   In 2016, the SRM Board of Directors (BoD) formed the Diversity and Inclusion Task Force, in recognition that the future of SRM is dependent upon broadening our appeal and including a wider range of people and perspectives.

Since its beginnings, SRM has had a non-discrimination policy and an evolving diversity statement.  Our policies generally reflected larger society.  We were pretty good but, like most organizations, we had our slip-ups.  But diversity and inclusion is not horseshoes, you don’t get points for being close.  While lifelong members have observed the changes and think we’re doing pretty well, prospective new members see, and remember, the less-than-encouraging moments.  For students attending their first Section and Annual Meeting as a professional, there is more than enough stress without wondering whether they are welcome because of their race, gender identity or appearance.  Even established professionals from other disciplines can be one-time visitors, not members, if their ideas are dismissed rather than discussed.   If we look back at some of the revolutionary changes in our profession, they frequently started when somebody asked a “stupid question” and somebody else actually started thinking about it.

The collective decision by the BoD to form and charge the Diversity and Inclusion Task Force starts to move the Society for Range Management from a passive to an active organization.  A passive approach relies on a relatively few people to shoulder the responsibility, while an active approach means it’s everyone’s responsibility to be inclusive.  It means that we abandon “tolerance” and embrace “encouragement”; we stop overlooking behavior that discourages participation and start looking for ways to include more people and ideas.  Granted, implementing those ideals is no small task, but we get the feeling that the BoD means it (see President Irving’s and Director Talbot’s comments in this newsletter).

To that end, the Task Force completed a new Diversity and Inclusion Statement.  It was adopted unanimously during the March BoD meeting and it will appear in all SRM publications and on the Society website (About, then Diversity and Inclusion).  The BoD has also asked the Task Force to organize ongoing diversity and inclusion training beginning at the Summer 2018 BoD meeting.  The Task Force is working on guidance to support Annual Meeting Organizers in developing a welcoming and inclusive meeting.  Because so much of our identity (cultural, professional and financial) is expressed in our Annual Meetings, this is a critical task. 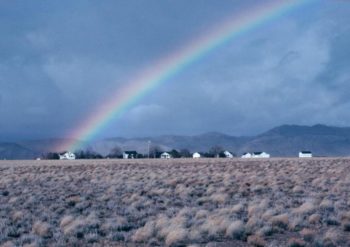 As SRM moves toward becoming an active player in Diversity, the goal is to have every member be involved and to make Inclusion part of our culture.  If you have suggestions, feel free to contact the Diversity and Inclusion Task Force Co-chairs Amy Ganguli, ganguli@nmsu.edu or Joel Brown, joelbrow@nmsu.edu.  Other members of the Task Force are Mary Jo Foley-Birrenkott, Ariana Gloria, Barry Imler, Alfonso “Poncho” Ortega Jr, Arielle Quintana, Kim Stine and Robert Washington-Allen.