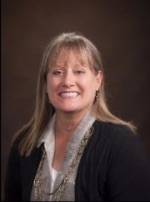 When I wrote my SRM Board of Directors Candidate statement just over three years ago, I emphasized my interest in continuing the strong history that SRM has in student activities. That following year Director Jeff Goodwin and I, the new Board members, wrote a newsletter article in which we emphasized the relationship between SRM’s development of students and their succession through to full members. Through the past three years as a Board member, I have reflected on those thoughts and realized I could relate them to some of the concepts I teach in my Principles of Range Management course; specifically, the state and transition model concepts. I love using analogies and see the state and transition model as an analogy to the functions and status of SRM. In class we discuss poor management practices that can result in transitions from one state to another—viewed as negative transitions. I would suggest that over the history of SRM we have gone through many transitions—positive ones—which have resulted in the development of SRM being a strong, stable organization; and that stable state has “communities” within it that can shift back and forth, but still remain stable and strong.

One of the primary observations I’ve had over the past three years deals with the fact that SRM has some amazing, driving forces that sit firmly behind SRM‘s ability to function as a successful organization. What are these driving forces? Members who volunteer for the multitude of responsibilities we have within SRM; Annual Meeting Planning Committees, Committee Chairs, Task Forces, Active Committee Members, serving as Board Members and Officers. One of the driving forces not included in the above list is one that I have come to realize over the past three years is essential to maintaining the integrity and successful positive transitions of SRM; Our SRM Staff and EVP. My thanks to all of you for your contributions to SRM.

Thank you for allowing me the opportunity to serve as one of your Board members. I have learned a tremendous amount that has allowed me to have a newfound understanding of what the SRM is. #WeAreRangelands.

Have you done your part today? I plan to!