The Challenge of Restoring Rangeland Over Declining Aquifers in the West 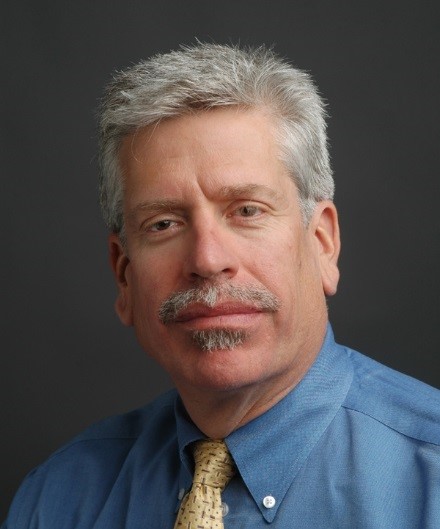 Recently, I came across a case study used by Dr. Mark Brunson at Utah State University to challenge seniors in a capstone course to consider a solution to “Go-Back” Land: Restoring Abandoned Farmland & Sustaining Farm Town.  Reading the case study brought this critical issue into stark relief…and compelled me to challenge rangeland professionals and the Society for Range Management members to consider the following:
Supporting nearly 20% of total U.S. production of wheat, corn, cotton, and cattle produced, the High Plains, watered by the Ogallala Aquifer system, is key to sustaining U.S. food production today and securing food for the 9.5+ billion earthly residents by 2050.  Population growth and a changing climate are taxing the future reliability of supplies; the Ogallala is over-appropriated, with agriculture the greatest consumer at 94%, growing urban areas second, expected to increase dramatically by 2025. NASA’s GRACE mission (Gravity Recovery and Climate Experiment) showed the Ogallala is pumped at 10 times the rate of replenishment. At the same time, the timing of spring snowmelt has shifted to earlier in the year, affecting recharge.  If innovative strategies are not forthcoming, groundwater shortages will inevitably result in reduced agriculture to feed future food production and urban water demands.  Both the problems and solutions to Ogallala water scarcity lie within agriculture, and because of the complexities involved, an integrated, multi-state, and multi-disciplinary Coordinated Agricultural Project (CAP) funded in 2015 offers hope for groundwater sustainability; though complicated by multiple water governance organizations, changing urban-rural landscapes, and significance of federal land management and reclamation projects (see http://source.colostate.edu/csu-led-team-receives-10-million-to-study-ogallala-aquifer/).  Significant amounts of irrigated cropland in aquifer overdraft areas will revert to dryland in future years (as little as 20 years, http://www.nationalgeographic.com/magazine/2016/08/vanishing-midwest-ogallala-aquifer-drought/).

Because of its large size and severity of overdraft, particularly in the southern portion coupled to recent southwestern US droughts, the Ogallala Aquifer area is the focus of considerable attention and makes sense as a case study.  After the Dust Bowl of the “Dirty ‘30s” and before World War II, land in the High Plains was primarily rangeland used for producing cattle with some dryland crops. Irrigation expanded rapidly after WWII and especially during the drought of 1951–1956.  High quality water of “unlimited” supply combined with fertile soil, newly developed crops, and a favorable climate led to agricultural production expansion, accounting for more than 25% of all irrigated land in the United States.  In 1976, Congress recognized the Ogallala as a “mined” source of irrigation water with restricted recharge potential and established the six-state High Plains Study to assess the present and future status of the aquifer (https://www.kansascityfed.org/publicat/sympos/1979/S79BANKS-2.pdf).  Results of the study projected that Kansas and Texas would show significant declines in irrigated agriculture and simultaneous dryland farming increases.  Dryland acreage in Kansas would increase more than irrigated acreage would decrease, indicating that an increase in cropland would come out of existing rangeland with higher erosion potential.  This conversion would occur as a result of declining water supply or pumping costs, or a combination of the two.  If water availability was the principal constraint, conversion would be gradual, moving from fully-irrigated to limited-irrigated to dryland.

According to Engelbert and Scheuring (1984) (Engelbert. E. A. and A. F. Scheuring (Editors), 1984. Scarcity: Impacts on Western Agriculture, University of California Press, Berkeley, 500 pp.), orderly conversion to dryland presented little environmental hazard.  By contrast, of greater concern was sudden abandonment in which energy cost exceeded the value of the crop.  Center-pivot irrigation systems on the most environmentally sensitive lands that were taken out of rangeland due to economic incentives will have limited dryland production potential as center-pivots are abandoned.  Beginning in 1985, in some parts of the Ogallala, irrigation pumping costs exceeded crop value and farmers began to abandon farmland.  Unless technology and an orderly plan is developed to restore these center pivot lands with productive, perennial rangeland plants, severe wind erosion of the predominantly sandy soil could result. According to Steward and Allen (2016, https://doi.org/10.1016/j.agwat.2015.10.003) 97% of pre-development groundwater storage was untapped in 1960, but by 2010, only 70% remained, with a declining trend modeled to continue through 2110 and beyond.  Significant expansion of irrigated acreage occurred on marginal land prone to accelerated wind erosion.  Restoration of these former rangelands will require new technology or resurrecting technology not used since the soil bank, unless it is accomplished before irrigation is curtailed.  Research issues related to the Ogallala case study include economic evaluation, particularly cost-benefit analysis, of rangeland restoration after cropland abandonment.  The same issues relate to other declining aquifers in the West.  Time is not on our side, and the time to act is long before productive land becomes “go back” land.  Could this be the subject of our first rangeland open science competition?

What are your thoughts?