Pollinators on the Rangeland

By Jill Burkardt, IM Section
There is a buzz on range and pasturelands. And we really need to pay attention to native pollinators and the benefits that they provide, says Dr. Cameron Carlyle.

“(Pollinators) are critical to rangelands themselves, and the plants that are there,” said Carlyle, Assistant Professor in Rangeland Ecology at the University of Alberta. Carlyle and colleagues are looking at native pollinators on rangelands not only for the benefits they provide, but to track how well they are doing. 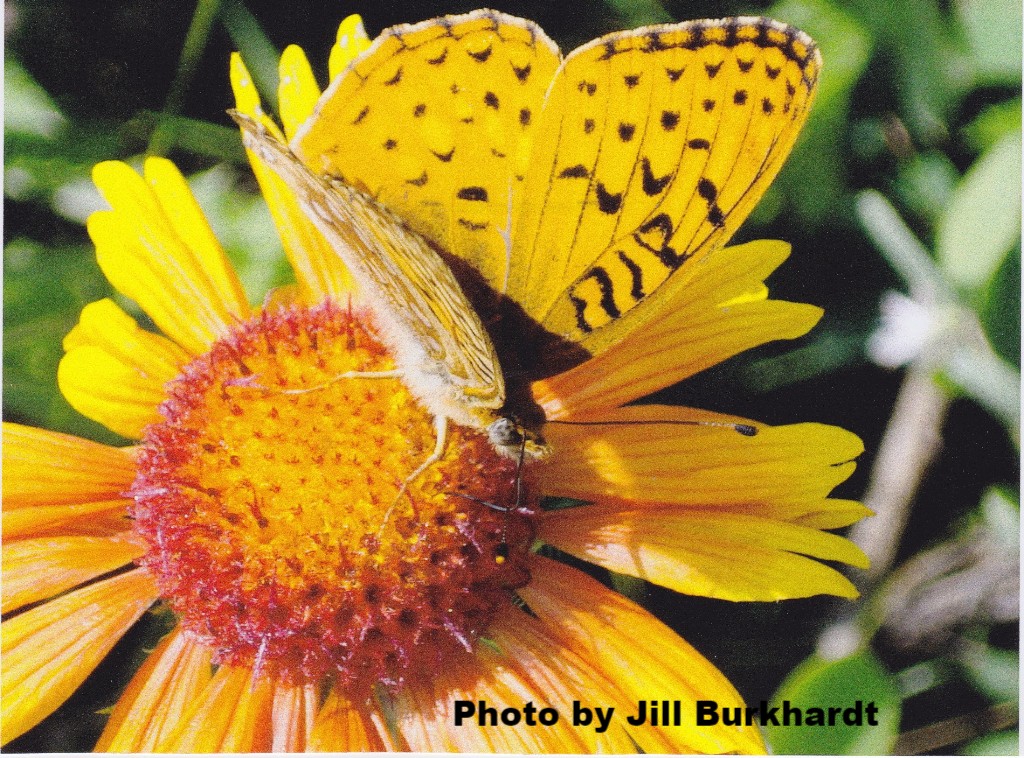 In his research, Carlyle’s team surveyed native bees on rangelands and canola fields across Alberta. “We found about 230 types of bees, although many of these can’t be identified to species,” Carlyle said. “These can be broken down into two main groups. Bumble bees, are the large fuzzy bees that we commonly think of when we think of bees. Solitary bees tend to be smaller and take many forms. Bees aren’t the only pollinators, moths, butterflies and flies are other insect pollinators but generally most pollination done by insects in our grasslands is done by bees.”

Cary Hamel, conservation science manager for the Manitoba region of the Nature Conservancy of Canada, said, “These ecosystems have been evolving for thousands of years. The native pollinators co-evolved with the native plants.”

“They (pollinators) are critical to the lifecycle of flowering plants,” said Carlyle.

Especially when forage production on rangelands is at stake.

On rangelands, most producers are concerned about cattle eating grass. But it goes beyond that, according to Carlyle. “The productivity of that grass could be partially dependent upon forb (flowering plant) species that are present. Anything that is flowering is going to be dependent upon pollination and a lot of that is dependent upon insect pollinators.”

When it comes to sustaining a diverse and abundant pollinator community, native is best, says Hamel. But that’s not always possible. “If your goal is to conserve pollinators,” Hamel says, “your starting point is what you have currently. Tame pastures usually have a significant floral component and they can play a role in conservation.” The flowers on the tame pasture, when mixed with other habitat sites, can provide resources for pollinators at a different time of year. This, Hamel says, “makes the landscape stronger.”

Carlyle explains if pollinators disappear out of the rangeland ecosystem, then some of the plants, like legumes, which fix nitrogen and rely upon insect pollinators, might disappear. “If we start to lose (legumes) then we would see declines in productivity. Not to mention the loss in diversity in forage types on the landscape,” states Carlyle.

Although in Alberta, we don’t know if native pollinators are on the decline. But Carlyle said other research indicates bumble bees might be on the decline with their ranges shifting. But the exact cause is still not sure. “Climate change is likely going to impact these native bees. They are going to essentially get ‘squished’ as the climate changes and they are unable to move further north as the temperature warms up. They are losing habitat range because of climate change.”

Helping native bees in Alberta can be as easy as keeping your range in good health.

“Our research has found a fairly strong relationship between range health and bee diversity and bee abundance,” Carlyle said. The healthy rangeland not only had more bees on it, but it had a more diverse variety of types of bees. “This seems to be a rare instance,” notes Carlyle, “There haven’t been many other instances of where range health has been directly linked to diversity of any other taxa.”

Although Hamel hasn’t seen where a specific range condition is helping pollinators, he said, “In general, a lack of invasive species, a diversity of plants, and the maintenance of structure is more conducive to a healthy pollinator community.” In his area of Manitoba, Hamel hasn’t seen the same results that Carlyle has, however, they are seeing different pollinator communities use different stages of rangelands at different times throughout the year. “On recently grazed rangeland, the grazing resulted in a reduced little layer, we suspect,” he said, “It meant the site warmed up early in the spring and it had a greater abundance of pollinators in the springtime and a greater diversity.” Hamel concluded that on large ranches, for example, having a diversity of land uses and grazing approaches across the land will result in a greater diversity of pollinators.

Carlyle’s team also looked at native pollinators in canola fields. “When we look at Alberta, or anywhere on the Prairies, there is this mosaic of different land uses: cropland and rangeland. What we are also seeing is areas that have more rangeland, whether you’re in a canola field or in rangeland, if a piece of land is surrounded by more rangeland, you’re going to have more bees and a more diverse bee community.” Canola, or other flowering crops, Carlyle explains can provide an abundance of pollen and nectar, but it is only available for a short time period when the canola is flowering.

Because of the diversity of flowering plants, rangelands can provide forage for a longer period of time as different plants flower at different times of year and therefore are important for habitat for the bees.

“Many bees nest in the ground or amongst dead plant material, so rangelands and other areas with undisturbed soils are important nesting grounds for bees.  Areas such as cropland where soils and the soil surface are regularly disturbed are less suitable nesting grounds,” Carlyle said. When the bees forage for nectar, some travel up to a few kilometres, while most only travel a few hundred meters.

When it comes to conserving pollinators, “If you have land with flowers or flowering plants, that’s a great start. Continue to maintain those habitats,” said Hamel. Having a diverse type of landtypes—shrubs and forest, grassland, wetlands—lets landowners maximize the habitat available to pollinators. One of the challenges, Hamel says is facing pollinators is non-pest insects are poorly studied. However, Hamel and Carlyle are working on changing that.

“As we learn more, I suspect there are going to be some surprises,” Hamel said.